Preaching the Good News of King Jesus and His Kingdom on the Streets of NYC from a Hebrew Perspective - Mat. 5:11
0001000
Jesus will Come Back
Why Tribulate?
The Environment cannot Support the Population
Make the Environment Sustain Us
Replaced by Machines
The Last 7 Years
The 7-Year Cycle
Christ Returns
I Want You Saved
Comments

Jesus will Come Back

King Jesus will come back after billions are tribulated by the Beast. There are currently 800 FEMA camps in the country. The Lord tells His disciples that if He doesn’t return, no one will be left alive (Mat. 24:21-22).

You may wonder, “Why are people being tribulated?” Well, the bible doesn’t tell us every reason. It is true that many will be tribulated for their faith in Jesus or their Jewish race (Mat. 24:20-21), but that doesn’t amount to 7 billion people.

The Environment cannot Support the Population 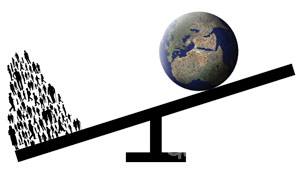 While watching for signs to determine the season of the Lord’s return, we discover something interesting. The world is over populated and as a result, the environment and the quality of life are deteriorating. Here are a few issues you may have notice:

There are other issues that can be added to this list. However, the population, which is spiraling out of control, can be blamed in every case. As time goes on the problems get worse and will not get better by themselves. P(t) = Poert is an exponential function that models population growth. In a nutshell it says that as time goes on the number of people being dumped into the world each year is a lot and is accelerating.

Make the Environment Sustain Us

If we can get the numbers down, the problems will go away. Unfortunately, there is no real, moral way to reduce the number of people in the world. The United Nations’ 70th General Assembly has convened to vote on solving the world’s problems and creating a paradise for future generations. They have come up with 8 Millennial Development Goals in a post 2015 era. Goal #7 says, ensure that your nation is “Environmentally Sustainable.” This is the latest version of the Agenda for the 21st Century booklet which is all about saving the planet. Some of the methods of A21 are: 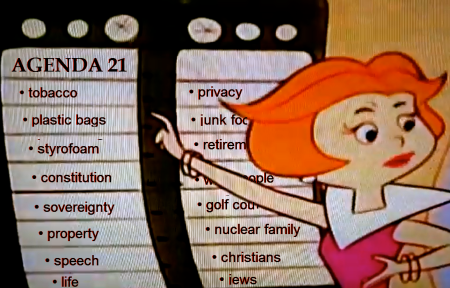 Many nations have adopted this agenda and have already begun implementing its methods. For example: every national park has a biosphere with buffer zones to protect the wilderness from people destroying it. They hope that the trees and plants will help remedy some of our problems. Also, there are 800 renovated, FEMA, concentration camps throughout the country. Those camps are the tribulation! Search for FEMA camps on YouTube. After people are hauled off to those camps, their possessions will be placed in those new Self Storage Centers which are popping up all over the place. Eventually, their property will be auctioned off on eBay.

As human resources began to dwindle, jobs will be in abundance. Computers, robots and machines will fill those positions. Chase has already replaced many tellers in the branch with high-class ATM’s. Popular shops and markets let you check yourself out through designated lanes or through your smartphone using Apple Pay, Google Wallet, PayPal or Visa. You can even use a Kiosk (an in-store computer) to:

Of course, you can perform these tasks anywhere with any online computer or mobile device. The idea is to make these services less dependent on people and more dependent on computes. 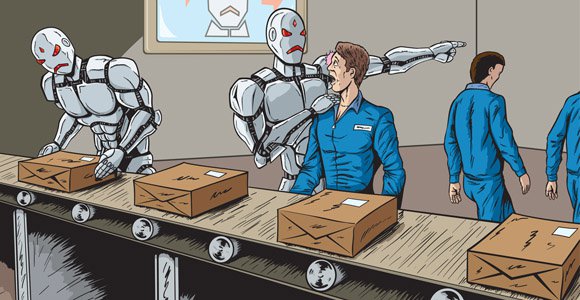 They now have cars that can drive and park by themselves. Trains can partially operate themselves and in some instances you don’t even need the conductor. Most of us can remember having to buy tokens from a clerk in a booth to ride the train. Now, in many stations, the clerks and the booths are completely gone. It fells eerie like something is missing when you enter these stations. The services have been replaced by machines.

The Tribulation occurs during the last 7 years on earth before Jesus comes back. It’s Daniel’s last, prophetic 7-year cycle when the Anti-Christ mediates a “Peace Agreement” with Israel and Palestine for 7 years (Dan. 9:27). Unfortunately, those are the worst 7 years in all of earth’s history. They are the scope of the four horsemen of the Apocalypse (Anti-Christ, Wars, Famine, Death) and Christians who are martyred before Christ returns (Rev. 6) – no Pre-Trib. When Jesus tells His disciples the signs of false prophets, wars, famine… that lead to His return, He includes the sign of the abomination that causes desolation from Daniel’s last seven (Mat 24:15) to show that all of these events happen around the same 7 year period.

At the end of the last seven years, Christ will come back, rule on earth and fulfill the seven prophecies of Daniel 9:24. There will be:
No more transgression and
No more sin.
Wickedness will be atoned for.
Christ will:
Bring in everlasting righteousness,
Seal up vision,
Seal up prophecy and
Anoint the Most Holy Place, Jerusalem.. 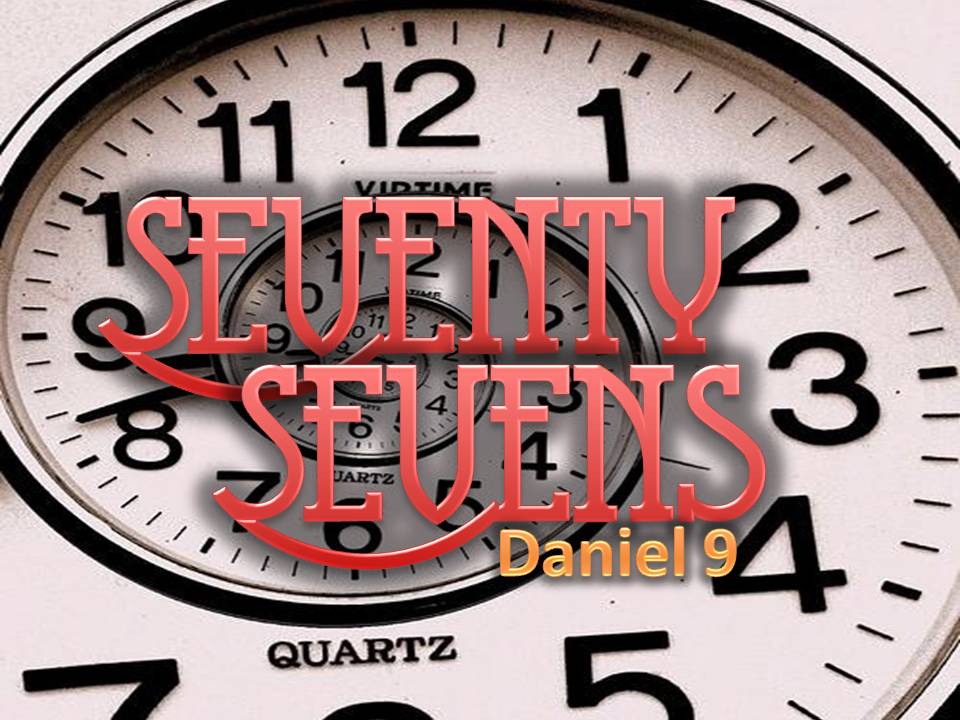 God uses 7-year cycles to measure time, hence the 70 “sevens” in Daniel’s prophecy. The 7th day of the week is a Sabbath day of rest for man. The 7th year is a Shmittah year of rest for the land. The first month of the year (Jewish New Year), on God’s Hebrew calendar, begins on March or April depending on the Aviv in Jerusalem.

2015 is believed to be a Shmittah year (the last year in a seven year cycle). The first month of 2016 (March or April) begins a New Year and a new 7-year cycle. If the Tribulation doesn’t start in 2016, it cannot begin until the next 7-year cycle…2023. I pray that 2016 is not the last 7-year Tribulation cycle. I also hope they don’t mess up the money and the markets to gain power and make us receive the Mark of the Beast.

Then, we are taken to heaven to attend the Marriage Supper of the Lamb (Rev. 19:7-8). The Jewish believers in King Jesus are invited guess (Luk. 14:15-24, Mat. 22:2-14). They are already apart of God’s Royal, Jewish family…The Kingdom of God. However, gentile Christians (the church) marry into royalty – see “Is God Jewish?” and “The Bride of Christ.”

Meanwhile, back on earth, the only people left now are those who worship the devil, the Anti-Christ, the False Prophet, the Beast and the Image of the Beast and who have the Mark of the Beast. The Beast has shed the blood of God’s Saints (Rev. 16:5-7). So God pours out 7 bowls of His wrath on the earth. The last plague causes the satanic trinity to gather the world’s armies at Megiddo or Armageddon in Israel to fight against King Jesus (Rev. 16:12-16) – WWIII.

After the Marriage Supper, King Jesus returns to earth riding on a white horse and we are following right behind Him. He destroys the armies of the nations with the words of His mouth. The satanic trinity is dealt with (Rev. 19:11-16, 19-21). Then our King will set up His Kingdom on Mount Zion and rule over the earth for 1000 years with the Saints (Rev. 20:4-6). And there shall be endless righteousness, peace and justice (Isa. 9:6-7) throughout the 7th or Holy Sabbath millennium when King Jesus comes back…That’s why God wants us to practice keeping the Sabbath holy.

I Want You Saved

I am The StreetPreacher, preaching the return of King Jesus and His Kingdom on the streets of New York City from a Hebrew perspective The bible was written by Jews to Jews for Jews and if you want to learn about the deep things of God, you need to understand a bit about the Jewish culture. To prepare yourself for the return of King Jesus and the events to come, pray today with me with your mouth saying:

Holy Father up in heaven, I thank you for hearing my prayers. I am a sinner and I am not worthy of Your righteousness. I now turn from my evil ways of disobedience. I believe in my heart Jesus died on the cross, His blood atones for my sins and You raised Him up on the third day. I confess with my mouth that Jesus is the absolute king of my life. In the name of King Jesus, I believe it is true.

You’re saved. Now what? Study the books of John and Revelation. You should also get baptized (Mark 16:16) and practice living like Christ as a Christian. For those who are already saved, tell others about the return of King Jesus so they can go to heaven, too.

And if this gospel tract has helped you, please donate.

The only things we do that benefit us eternally, are what we do for our King, Jesus. These deeds are like precious gold. Everything else we invest in will be consumed like straw by the fire of His presence unlike gold which becomes more pure (1 Cor. 3:12-15).

One thought on “His Name Is Jesus – He’s Coming Back!”